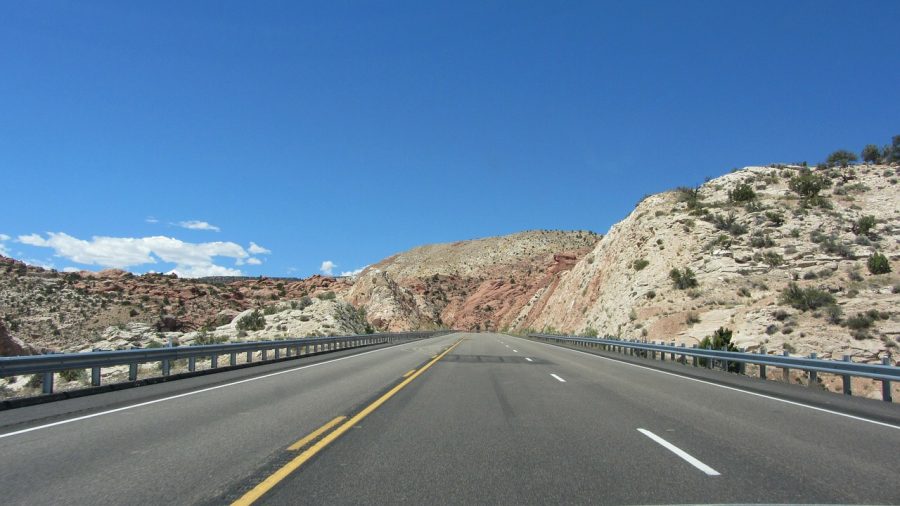 What a week! In last week’s Famous Last Words, I talked about how excited I am for fall, but this week we skipped over autumn and went straight to winter! It was FREEZING!

It was so cold, in fact, that my roommates and I hosted a hot cocoa party on Monday evening. Our apartment is walking distance from Pride Field, so after a frosty band rehearsal, most of the drumline walked over. I had Crockpot hot chocolate all ready to go, and while everyone drank that, I made red beans and rice. That warmed everyone up! I love cooking for people, so it was a lot of fun. We watched a movie, and in the middle of the movie, a delivery guy from Insomnia Cookies showed up with two boxes of cookies for us. But no one had ordered any! We eventually found out that one of my roommates’ parents had heard about our little get together and ordered us cookies all the way from Dallas. It was so sweet of them!

The rest of the week was hot and cold. I loved my work in this class this week, especially my story. I’ve always admired science fiction and space fantasy, but I’ve never written any. I enjoyed dipping my toes into the genre!

I also felt really inspired by doing my revisions in my project this week. It’s really easy for me as a writer to feel like I’m bad at writing because I don’t get feedback very often. It’s not like I shove manuscripts at my friends and ask them for line edits. However, I was uplifted by the comments on my project this week because many of them were positive, and it showed me that I am actually good at this craft that I’ve chosen.

In a similar vein, I’m incredibly excited because I’ve decided to do Nanowrimo this year! Nanowrimo stands for National Novel Writing Month, and (while I have many critiques of the event and understand it’s not perfect) it was my first ever experiment with novel writing. The goal of the event is to write 50,000 words of an original novel during the month of November. That’s about 1,667 words per day! When I was in 7th grade, I decided to participate, and I wrote over 50,000 words of my first novel. That manuscript was actual garbage, but I absolutely loved writing it. Since then, I haven’t seriously participated in the event, and I feel like I need a burst of energy in my writing that Nanowrimo can help me get. The only way to get better at writing is by doing it, and as a goal/progress-oriented person, there’s no better way to motivate me than giving me a goal and a deadline. I’ve already drawn a progress bar on my bathroom mirror for me to fill in as I go. I have no idea how this is going to go or how I’m going to find the time to write 1,667 words per day, but I’m ready to give it a shot come November 1.

We played TCU this weekend, which was crazy. The Pride left at 4:30 a.m. to go to Fort Worth and we were back at 7:30 p.m. Talk about a whirlwind road trip! The game was pretty average as far as games go. I was impressed with how our defense performed after the firing of Mike Stoops. It’s definitely not a 180-degree turnaround, but that’s too much to expect after just two weeks. I was just glad to see improvement and some convincing stops! The TCU band was super nice to us, which was refreshing because their fans were pretty rude here and there. The fans also arrived super late, like after kickoff. It was sad and surprising to see the TCU band performing pregame to almost empty stands when ours are packed and roaring when we take the field. The fans also left super early, even when their team was still in the game. The student section reduced by half early during the 4th quarter.

The best part of yesterday’s game day, though, was watching the Ohio State vs Purdue game. My dad texted me “Are you watching the game?!” and I had no clue what he was talking about because we’d just gotten back from TCU and I was cooking dinner. When I found out that unranked Purdue was solidly beating #2 Ohio State, I rushed to my room, grabbed my laptop, and had the game playing on our living room TV within two minutes. All of my roommates came in, and we watched the last quarter. Go Boilermakers! I can’t believe they won! Now Ohio State is almost completely out of the playoff picture, which is just what we need to get back in. Now we need Notre Dame to lose, either Alabama or LSU to embarrass the other in their upcoming matchup, and to defeat Texas in the Big XII Championship. What a crazy and exciting football season!

Everything that I’ve just mentioned was cool and all, but the absolute BEST thing this week happened at our Friday evening band rehearsal, which no one wanted to be at. My roommates and I were walked to the Everest practice facility. We rounded a corner, chatting about something mindless or complaining about going to rehearsal. And then mid-sentence, our eyes locked on something. Someone. My brain could barely register it. I thought I was seeing a ghost. Or hallucinating. Or just really, really confused. Because standing there, in the flesh, was KEVIN.

You have to understand how unfathomable this was: Kevin was part of our very close drumline friend group last year. He played cymbals, he worked at Roscoe’s, and he was amazing. We loved Kevin SO MUCH. But we weren’t supposed to see Kevin until 2020 because during the summer, Kevin left to go to Argentina on his mission as a member of the LDS church. The only way we could communicate with him was by email, and he only had 30 minutes a week to read all of his emails, write personal replies, and write a weekly update for his friends and family. Every day during Pride someone would sigh and say “I miss Kevin.” We bittersweetly made old jokes about him missing the bus to Texas last year and fondly recalled all of the silly things he did. We’d basically given him up for dead, except for those emails. We weren’t supposed to see him until 2020.

BUT NOW HE’S BACK. We don’t know why–it definitely doesn’t matter–but we’re happy to have our Kevin back. My roommates screamed when they saw him. I suddenly got dizzy with adrenaline. We did the running-group-hug thing. Our percussion director wasn’t mad that we were all a little late to rehearsal because Kevin was back, and that was crazy. We had been so put-out with going to rehearsal, but after seeing Kevin, we couldn’t stop smiling. I now understand the feelings that happen when a service member comes home and surprises his or her family.

I’m looking forward to some better fall temperatures this week and a fairly relaxing week as far as assignments go. I have one big assignment due tomorrow, but that’s it for the week! Boomer Sooner!

**Image 2 Explanation: This is a TCU stadium souvenir cup. One of the weird Pride traditions that no one really knows about is that a lot of Pride members collect souvenir cups from the stadiums we visit. I love collecting things, so I get super excited about getting a new cup. This is my first from TCU! I also have cups from Oklahoma State, Kansas, and Iowa State as well as our own stadium, the Rose Bowl (my favorite!) the OKC Thunder, and the 2017 Big XII championship. That last one is funny because it’s actually a Dallas Cowboys stadium cup, not the ACTUAL Big XII Championship cup. I forgot to bring cash to the game that day, so I ended up scavenging the stands for abandoned cups and could only find a Cowboys one. To make up for it, I wrote “2017 Big XII Championship: OU vs TCU” on the bottom of the cup, along with the score of the game. My biggest regret is that I didn’t know about the collecting tradition when we were at Ohio State last year, so I didn’t get one of those cups. One day I’m hoping to find one on eBay or at a garage sale, lol. As for Big XII teams, I still need to collect Kansas State, Baylor, West Virginia, and Texas Tech! Image Source: My personal photos