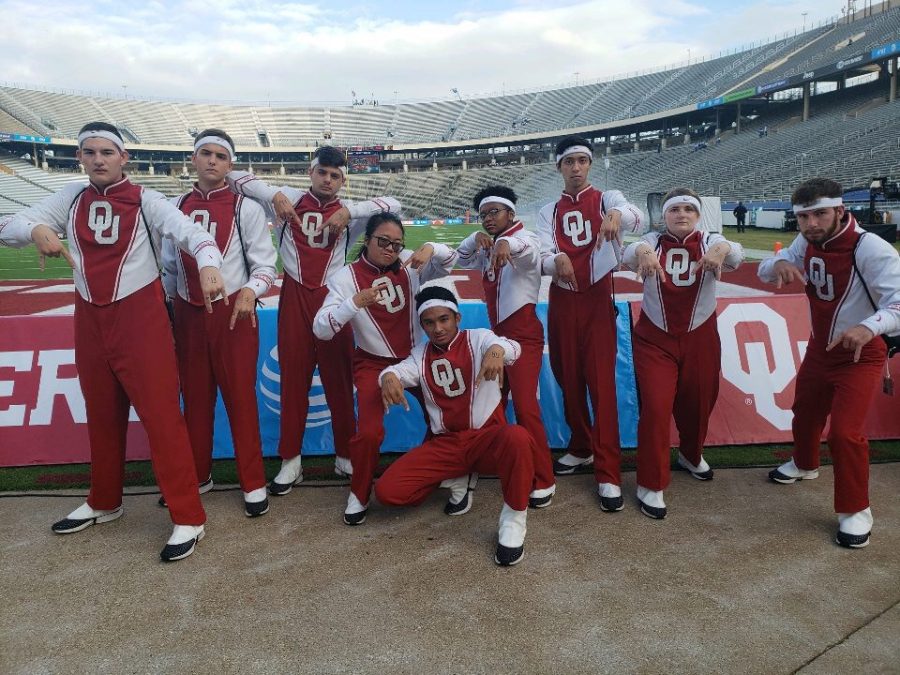 What a week. Texas week (or saxeT week as we often call it) is always a crazy time on campus, especially for the band. I didn’t have a lot of time to focus on academic work, though I tried to get everything done before we left Friday morning for Dallas. It didn’t really work, haha, but I’m still ready for this coming week.

I enjoyed reading Japanese myths this week and writing my Texas hate story. I also liked adding to my Storybook. I feel like I’m doing a good job with it, and it’s been fun to focus on a writing project that’s completely under my control. I’m also so impressed with everyone else’s stories! I love reading them and thinking about I can help improve them.

My work in my other classes is still going well. I had an English exam last week that I nailed. I still need to write my essay, though. I also got a 100 on my Native American music exam, which is exciting. I love being ahead so I can worry less later. I have a HUGE midterm this week that I’m going to start studying for, but I’m not terribly worried about it, either.

Texas week for the Pride is full of tradition and excitement. All week, we prepared to put our best performance on the field. Here are some highlights from the weekend:

Semi-formal Dinner: We all dressed up for a nice dinner at our Dallas hotel before we set out for our evening pep gigs. I don’t enjoy dressing up, but it was a very short event, the food was good, and it was nice to not be in a hurry.

Alumni Pep Gig: I LOVE the alumni pep gig that we do at a hotel in Dallas every year. It’s extremely short, and everyone is very drunk, which is a recipe for us having a good time. When the drumline leads the band in with parade cadences, we feel like gods. I also like this event because we play a special cadence that we never play at any other time. We learn the cadence on the bus on the way to the gig, and it’s super fun to play!

State Fair: After the game, we get to wander around the fair for two hours! This year was fun because it wasn’t dark out yet. I ate a piece of fried pizza and some fried cookie dough.

And then the game… Well, we know how that went. It was still amazing to be a part of that last minute rally. The sideline energy was electric, and we put every bit of our energy to propelling our team on. We were so close, but it wasn’t enough to stop that field goal. I’m glad it wasn’t the 21+ rout that it could have been, though.

It’s just been announced that Mike Stoops is gone. I appreciate what he’s done for the university, and I’ve never called for his head, but I do think it’s time to try something new. It was obvious that yesterday’s defensive issues stemmed from a coaching problem, not a player problem. Schemes were bad, and tackling technique was ineffective. It does make me nervous that this happened mid-season, though. I expected us to wait until the end of the season.

Well, now we have a bye week, which will be a good mid-semester regrouping time for us, both in football and in our individual schedules. I’m looking forward to victories in the future! Boomer sooner!

Featured Image: OUDL 2018 Snareline before the start of the game. Source – Personal Photos.