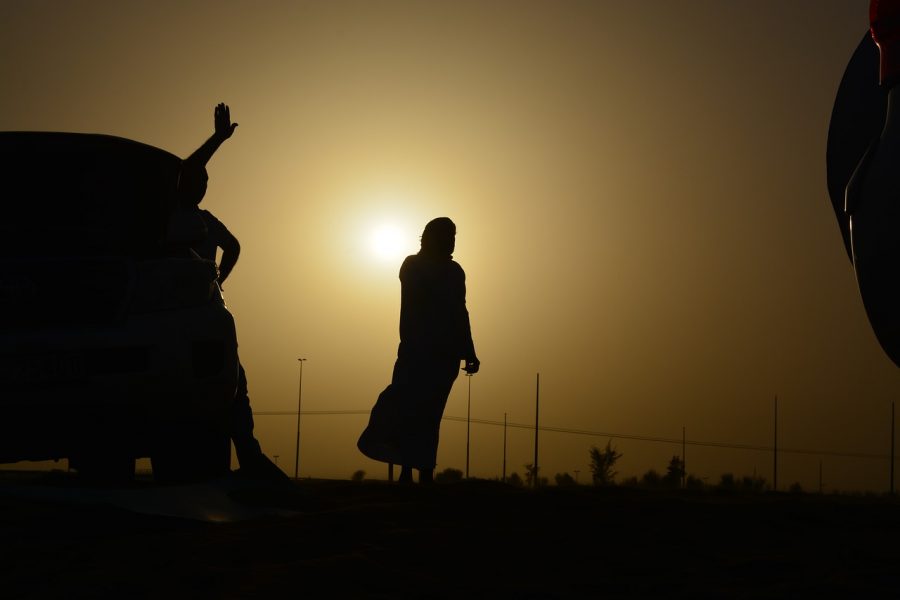 Scheherazade is brave and benevolent. She doesn’t just wait until she gets picked to be the wife; she actively wants to stop the Sultan.

However, she’s also reckless and doesn’t seem to fear the consequences if her plan doesn’t work. She doesn’t make a back-up plan, and she risks her father’s and sister’s lives as well.

The Sultan is portrayed by the narrator as a good man with an extreme reaction to a bad situation. Because his first wife was unfaithful, he believes all women are untrustworthy and evil. He’s not a good ruler because he’s not wise enough to see how erroneous that is, and that’s maybe why Scheherazade can trick him into keeping her alive.

The Merchant and the Genius:

This is some extreme metafiction here. It’s all about how stories are so compelling, and they’re all stories about stories, stories within stories. I’ve always liked the idea of frame tales, but I’ve never tried any before. I really like how Arabian Nights accomplishes it, and every story seems to allude or correspond two the plight of Scheherazade.

Genie:
Genies are really interesting supernatural creatures from Middle Eastern traditions. They’re also called “jinns” or “djinns,” which I’ve also heard of, but I didn’t know they were the same as genies. They have a wide variety of interpretations, from demons to pagan spirits. They can possess humans, and they sometimes have special powers, like wish-granting or transportation. They can be summoned and controlled by human sorcerers. Due to the wide variety of cultures that have genies in their myths, there are many different kinds of the spirit-creatures.

It’s interesting that this story features a woman who was scheming and evil, like the Sultan thinks all women are. Is Scheherazade including that to keep him interested, as it makes it more believable for him?

I like the metamorphosis aspect of this story, and it’s interesting that magic is seen as a fairly normal thing.

This story is very reminiscent of the parable of the talents, where three slaves are each given money but only one of them is wise enough to use it properly.

In both of the men’s stories, being changed into an animal is a punishment instead of taking life.

What is a vizir? (Wikipedia)
–The highest ranking advisor to a king or ruler in the Middle East.

The King of the Black Isles:

I really enjoyed this story because the King of the Black Isles seems like a kind young man who has bad luck. The characters are benevolent and clever, and they help save a bunch of people who have been captured. I’m not really a fan of how most of the villains in these stories are enchantresses/women, but again, that could just be Scheherazade’s tactic to keep the Sultan listening.

Image 3: The Fisherman and the Genie. Source – Wikipedia.