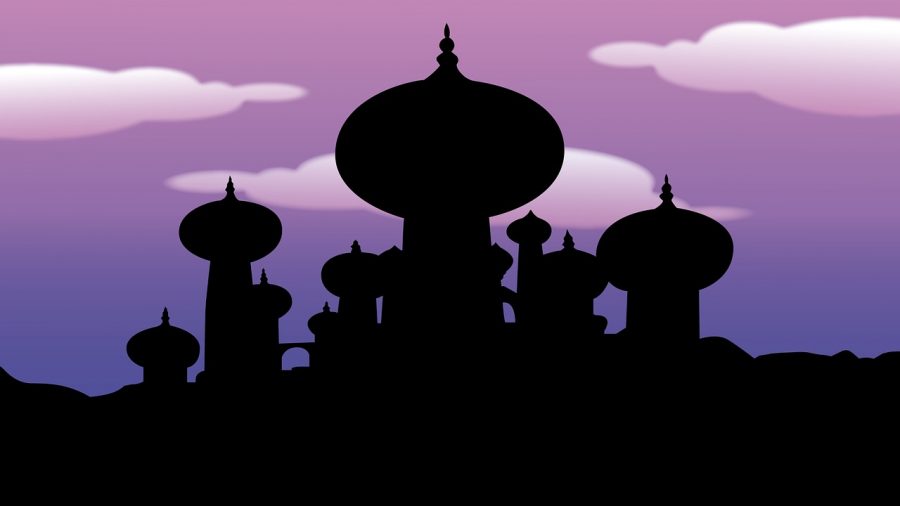 The geography of the story is interesting, as Aladdin comes from the East and the magician comes from far to the West. I like how this gives the story a large scope.

Aladdin’s relationship with his father seems important, as repeating his father’s name gives him courage. He feels ashamed that he could never please his father by learning a trade.

Genies in this story have the power of transportation, which is one thing that allows the story to have such a broad geography.

Aladdin finds himself with such power by commanding the genies, but he’s still a petulant boy, asking the genies to do work for him instead of doing it himself.

In this story, wealth shows how much desire a man has to marry a woman. In other stories, men must fight battles or complete trials to show they’re worthy, and in other cultures, it’s just a mutual relationship between the man and the woman. Aladdin’s world is certainly different from how we do things.

So ultimately, by marrying the princess and becoming rich, Aladdin learns enough to lead the Sultan’s armies. I don’t really like that theme.

I can see a sort of similarity between the magic lamp and Tolkien’s One Ring, in that they both provide the user with great power, but that power comes at a cost.

Roc: a giant bird of prey in Middle Eastern mythology.

“You and your wife and your palace deserve to be burnt to ashes…” This quote makes me think that the genie resents Aladdin and what he’s done, which is an interesting point of view that isn’t explored in this text.

It’s interesting that the storyteller feels the need to continue the story beyond the “happily-ever-after” ending at the end of Part 3. I think it relates back to the idea of the frame tale, and that the magician’s part of the story needed to be resolved after Aladdin had won his prize. I also wonder if quelling evil magic was also a common and necessary storytelling element in Middle Eastern fables.