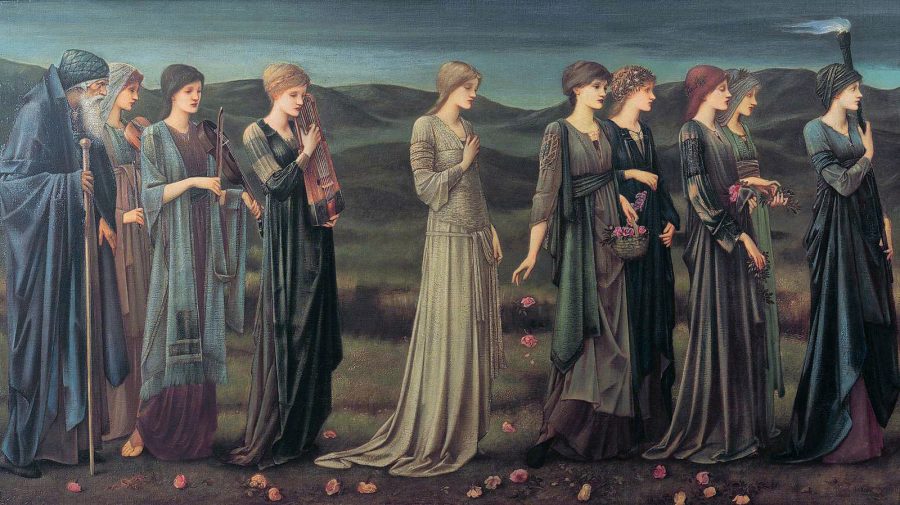 It’s interesting that this story is a frame tale, which means it’s a story within a story. It’s a structure where the external story can really influence the context of the internal story.

It begins with a very classic “Once upon a time…” opening. It would be interesting if it began in some other way, maybe in the middle of some action.

Psyche is the Greek word for “soul” or “spirit.” I wonder how that influences the theme and symbolism of the story.

Venus becomes jealous of Psyche and starts conspiring against her. I learned from The Illiad that things usually don’t go well when mortals start clashing with gods.

The Anger of Venus:

There’s an allusion to Paris from The Illiad here, which is cool. It really helps make the whole mythology cohesive despite being written by many different people and many different times.

I love the last paragraph of this scene because it reminds me of “Under the Sea” from The Little Mermaid. It does a good job of showing the full divinity of Venus. (Side note: I remember trying to translate this scene from the original Latin, and it was horrible. This is as far as we got in that class.)

The Oracle of Apollo:

Psyche is very similar to Cinderella (and a lot of fairy tale princesses) because she’s extremely pretty but also tormented by it. It’s kind of cliche, so I wonder how the story could be retold to make Psyche more realistic and original.

I think it would be more interesting if Psyche went to the Oracle of Apollo herself, rather than her father. It would provide more agency for her, and it could be a compelling motivation for her character.

I also love the scene setting of the wedding. It’s so ominous and full of dark color! “The scene was set for the poor girl’s dark wedding. The flames of the wedding torches grew dim with black smoky ash; the tune of Hymen’s flute sounded in plaintive Lydian mode, and the marriage-hymn’s cheerful song fell to a mournful wail. The bride-to-be wiped tears away with her flame-red bridal veil; the whole city grieved at the cruel fate that had struck the afflicted house and public business was interrupted as a fitting show of mourning.”

“At the very centre of the grove beside the flowing stream was a regal palace, not made by human hands, but built by divine art. You knew from the moment you entered you were viewing the splendid shining residence of a god.” –This is more excellent description of setting. The mansion is lush and unearthly. It also makes a good contrast from the gloominess of the previous scene.

The invisible person provides a great opportunity to focus on writing with senses other than sight. What does he smell like? What does his voice sound like?

The last paragraph of this section again seems to be straight out of a Disney movie: this time, Beauty and the Beast’s “Be Our Guest.”

What does Psyche think about this husband? Does she think he’s a monster? Does she try to find out?

I’m not very moved by the “evil sisters” trope, and I think I would prefer if Psyche herself decided to find out more about her husband

Apuleius’ description of Cupid is really great and very vivid. I especially like: “Over the winged god’s shoulders white plumage glimmered like petals in the morning dew, and though his wings were at rest, soft little feathers at their edges trembled restlessly in wanton play.”