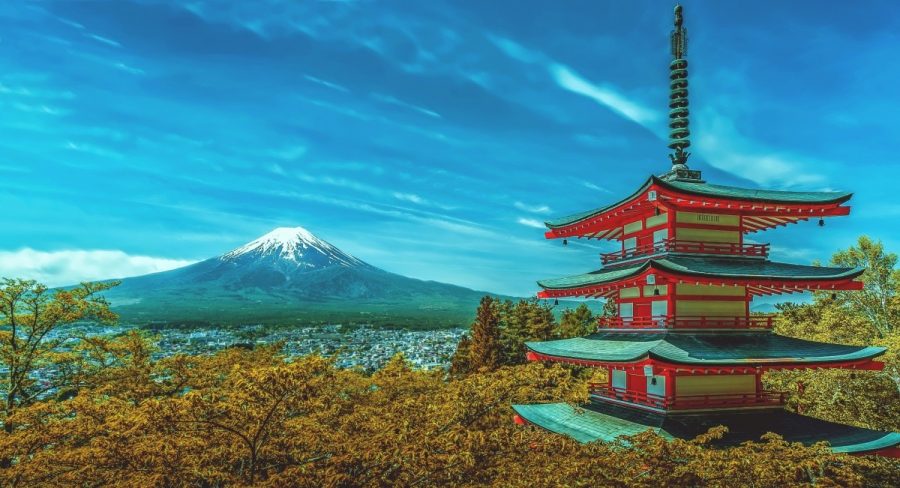 I like that the story starts at the very beginning, like most cultural mythologies. I wonder how it would be different if these myths started in media res.

Izanami and Izanagi have similar names probably because they’re married to create a visual connection between them.

I think the way the prose describes the formation of the Sun, Moon, and Earth is beautiful, and I love the natural imagery.

The part where Izanami and Izanagi have to reintroduce themselves because the first time, Izanami, a woman, spoke first, seems pretty sexist, but it also may allude to the strong cultural norms of respect and honor that exist within Japanese culture.

In both the poem and the prose, the celestial bodies and land formations are depicted as “children” despite not being people.

In the myth, Amaterasu and Susa-no-wo seem to be instantaneously full grown. I wonder would be like as children.

It’s interesting that there is a rivalry between the humans and the gods, which is different from some other pantheons.

I like the idea of duality in this origin myth: Izanami matches Izanagi, Amaterasu matches Susa-no-wo the God of Fire matches the God of Water.

Ooo, an underworld descent (katabasis) which is commonly found in classical mythology. I’ve already written one this semester, but I’m interested in seeing how the Japanese one is different from the Greco-Roman underworld.

This story ending is very sad and hopeless, but it establishes a firm dichotomy between the worlds of life and death.

I love the image of weaving the tapestry of Doom with conflicting images of Life, Death, Peace, and War.

I wonder why Susa-no-wo drove Amaterasu away in this story. I love their sibling rivalry, though, and that they are opposites of Sun and Moon.

The story ending here is a clever twist to get the Sun-Goddess to return.

I like the idea of a bird acting as a messenger in this story.

Even a deity in Japanese myth can be killed, which is an interesting change from the immortal and invincible gods of classical mythology. The gods can also “sin” and be considered evil.

Uzume seems to be the Venus of the Japanese gods

It’s funny that they decide to send the pretty one—not the strongest or fastest one—to check out the giant.

Ho-wori and Ho-deri are another example of duality in Japanese myth. I can definitely image a set of rival twins being a part of these stories.

Descending into the ocean is a fascinating change of setting! I wonder what other settings are not often explored.

The Labors of Yamato: The Rescue of the Princess

Judging from the note at the top of the page, Yamato is like the Japanese version of Britain’s King Arthur and maybe even Greek Heracles.

“I am called by the name of my country,” cried Yamato, as he dealt the avenging death-stroke.

That is the most epic line of dialogue I’ve read all semester. It’s something that belongs in a Hollywood action movie! I love it!