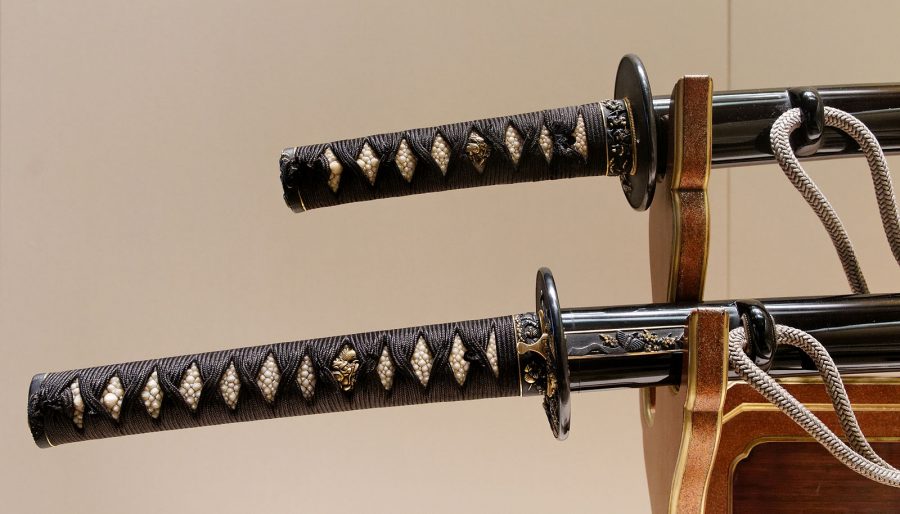 I really enjoyed reading about the Japanese hero Yamato today! I can’t believe I haven’t heard of him before. He’s certainly a hero that deserves to be among the ranks of Hercules, King Arthur, Achilles, and other great heroes.

The Grotto of Love:

The idea of a haunted/enchanted cave is pretty cool. I haven’t included a magical setting in any of my pieces yet, so maybe that would be fun to play with.

It totally sucks that Yamato is basically cheating on his princess.

Yamato has to search for a special prize, which is a common quest in many other mythologies.

The fact that the boar can only be harmed by a certain weapon and only on his tail reminds me of video game bosses. Maybe that would be an interesting way to twist this story.

“But Yamato, undaunted, drew the Sacred Sword, and with an agile bound springing clean over the boar’s head, he bestrode the astonished creature and, grasping his tail, severed it suddenly from the spine. Blind with pain the demon plunged over the precipice and was dashed into a thousand fragments upon the rocks below, while Yamato, sliding dexterously from its back, remained in safety upon the brink.”

I love the action writing in this passage. It’s dynamic and exciting. It’s filled with motion and vivid words.

Tacibana suddenly appearing in the fire is certainly a crazy plot twist!

“Again rang the siren’s song in the ears of Yamato and his former madness fell over him.”

I think this passage is trying to attribute Yamato’s unfaithfulness to Tacibana to the siren’s song, but I didn’t really get that the first time. It is a better explanation of why he leaves her, though I wish his heroic acts had a more noble cause behind them.

Oh, I see, the siren really is evil and has been trying to trick Yamato this whole time. Another plot twist!

“…thus amid its wide-spreading antlers rested the Sacred Sword!” That’s a really unique and cool image!

I like that a lot of the labors in the story are framed as hunting. Hunting was obviously important in Japanese culture, and their heroes were good at it.

Tacibana rescuing Yamato (again) is a really sweet moment, and I think it redeems this as far as a love story goes.

“Suddenly her voice was whelmed in a terrific uproar. The Thunder God Raiden beat furiously upon his drums; great leaden clouds shut out the sky. Futen, the Wind God, unloosed his tempests, while with a flash of forked lightning, from a rent in the midnight sky, hurtled Susa-no-wo, Dragon of the Sea.” This is another really epic moment, and I like that it gives us a glimpse at some other Japanese gods that we haven’t heard of before.

“His head was like a camel, his horns were like a stag, and his eyes were glowing coals of fire. Scaled like a crocodile, he brandished a tiger’s paws, armed with the talons of an eagle.” There’s the classic description of an Asian dragon, except this dragon is evil!

I’m not a fan of sad endings, but I do like the twist of Tacibana sacrificing herself to save Yamato.

The Quest of the Jewel:

The Empress’ transformation into a warrior kind of reminds me of China’s Mulan.

The Jewel of Heart’s Desire is a neat relic with magical powers. It’s kind of like a crystal ball and a genie lamp rolled into one. It reminds me of a pearl, particularly the pearls of power that are found under the necks of many Asian dragons.

“Can it be that some great star hath fallen into the sea?” I really like the idea of the Jewel as a fallen star.

Takeuchi’s sacrifice is another heroic moment that I really like, though I’m sad that she died.