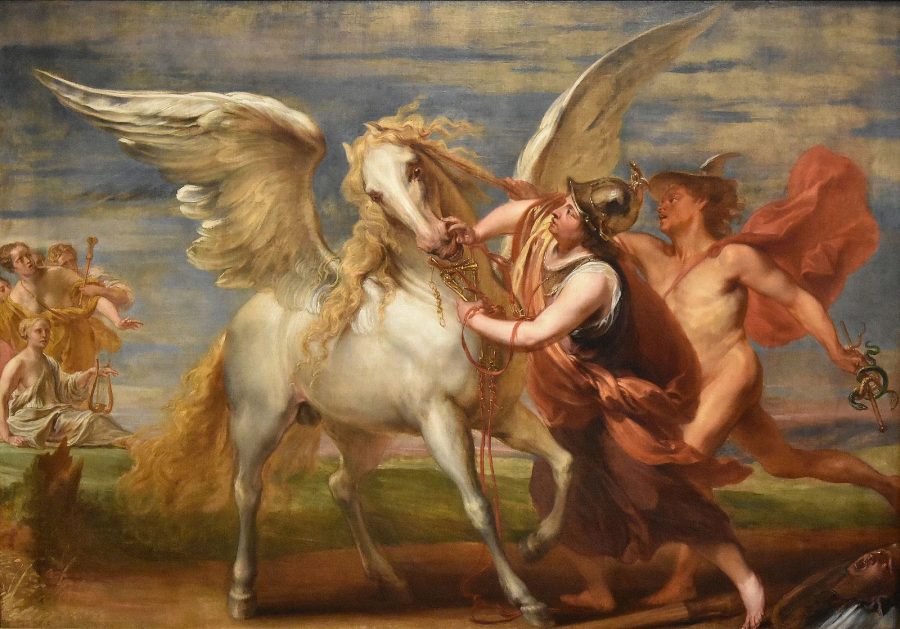 Often act as a representation of human flaws, like a foil to humanity
Monsters are evil, and heroes are good. Heroes defeat the monsters so good prevails.

Wendigo Story from Canada:
Cannibalism represents the ultimate transgression against mankind.
The Wendigo begins as a human, showing that any man or woman can succumb to evil and become a “monster.”
Rotting Log, the hero, needs divine help to defeat the monster, which is often true of many monster stories, where heroes get special weapons or gods intervene.
We learned about an extremely similar legend in my Native American music class that spawned a tribal ritual in which young men must face their “inner Wendigo” and overcome it to be inducted into society.

Horses are present in the myths of most major cultures.
In Egyptian myth, they are seen as the ultimate battle companions because of their swiftness and loyalty.

Horses in myth can represent good and evil.
Greek Centaurs usually represent lust and excess and cause trouble for humans.
Pegasus, though, acts as a hero’s companion, helping to overcome and slay monsters. He’s present in both Perseus’ and Bellerophon’s stories and becomes a legendary character in all of Greek mythology. Even Zeus covets Pegasus.

Dragons are monsters derived from snakes, notably the serpent from the garden of evil. Thus, in most Judeo-Christian cultures, they are representations of evil.

European Dragons:
Welsh red dragon is representative of the nation of Wales and is featured in their national epic. St. George and the Dragon is a popular story that represents Christ overcoming evil.
Usually aligned with fire (like hell).
Fafnir is a legendary dragon who started as a dwarf that became a dragon and guarded hoards of gold. Similarly, the dragon in Beowulf had a great hoard of gold. In these stories, dragons also represent greed.

Asian Dragons:
Unlike European dragons, they’re much more benevolent. They’re aligned with rain and water, and they have divine power and energy. They help heroes.
They’re a combination of many different creatures, like the head of a bull, claws of an eagle, paws of a tiger, and horns of a stag.
In an Asian creation myth, the Python becomes a dragon and aids in the creation of mankind.
Their enemy is the tiger.
In order to get rain during a drought, people would attempt to summon dragons.

Image 2: An Etruscan statue of the Greek monster, the Chimera of Arezzo from around 400 B.C. Source – Wikipedia.

Wikipedia Trails: From Fafnir to Runestone