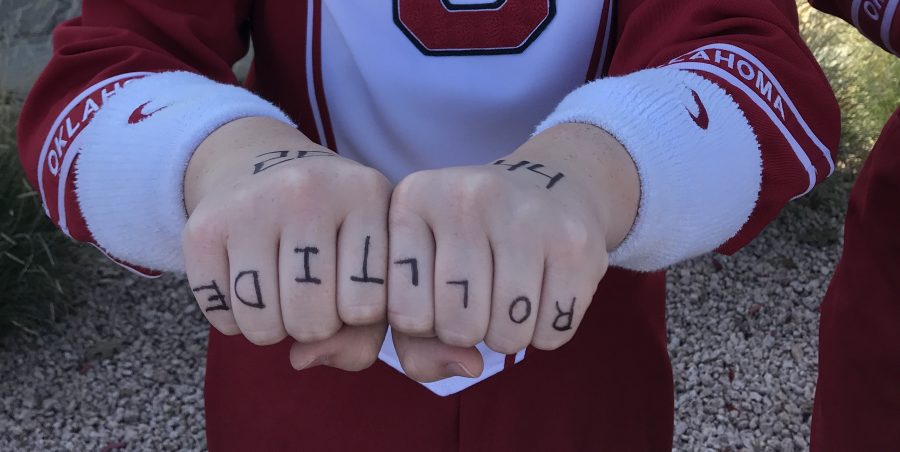 Welcome to November! I love this month because it means the beginning of the holiday season, and the weather is generally pretty brisk and mild. Last night was the time change, though, and I’m not a fan of that. I don’t like it when it gets dark early, but it does make evening band rehearsal more interesting. We call it Pride After Dark.

This week, I was still in the lull following midterms, so there wasn’t a whole lot of work to do. I did have one exam in Native American Music, and I kind of blew it off. I think I still did well on it, but it wasn’t as easy as it could have been. Other than that, I’m very proud of how I’ve been performing. I got a 92% on my Latin Literature midterm, which was one of the best in the class. I’m also consistently averaging above a 90 in my Media Writing, which will be valuable soon since the assignments keep getting more difficult. I’m right where I want to be to shoot for a 4.0 this semester!

In this class, I’m nearly done. I’m really only wrapping up my project, which is all I’ve done this week. It’s been nice to put this class aside so I can focus on other things, but I really do enjoy the creative time I get to spend working on my Story and Storybook. This week, I’ll add the final installment!

To continue my football season journal: this weekend I travelled to Lubbock with band to play the Texas Tech Red Raiders! It was such an exciting game to be at; I’m just glad we came away with the W. If you watched the game, you almost certainly saw me playing snare drum with the band! It was such a small group that they could show all of us in one TV shot.

Since it was a 7:00 pm kickoff, we had a ton of free time during the day, which was relaxing compared to our usual non-stop game days. We even got to walk around the Texas Tech campus! I’m still partial to OU, of course, but they had some neat things to see, like their giant seal.

Also with the beginning of November has become Nanowrimo, National Novel Writing Month! I started my novel on the 1st and wrote 1,800 words. Unfortunately that’s as far as I’ve gotten. I couldn’t write on Thursday or Friday because of the trip, and I’ve been too busy today. Hopefully I’ll get some words down before bed, though! I’m feeling pretty good about my novel now. I was nervous coming in because I haven’t done a lot of outlining for it, but while I couldn’t write on the bus, I could daydream and think about my novel for the 5 hour trip.

I’m looking forward to Bedlam this weekend! There’s no one else from my high school at OU, and there’s no one from my high school in any of the other Big XII bands EXCEPT Oklahoma State. I’m really hoping I get to see my old bandmate for pictures and to show all of my Oklahoman and Texan friends, who have pals all over the Big XII, that my band actually did exist, haha. See you next week for a recap of what’s sure to be another crazy game.

Image 1: The drumline has a tradition of choosing two OU players to “sponsor” for the game and writing their numbers on our hands. We’ve also recently started writing inside jokes, funny phrases, and symbols on our knuckles. Last night, I wrote “Roll Tide” upside down and backwards because I really wanted Alabama to beat LSU. Source – My personal photos

Image 2: The Texas Tech pep band drumline. What you can’t see in the picture is that the wind is blowing, and the temperature is dropping 15 degrees. Source – My personal photos.

Image 4: The Texas Tech seal, which is placed outside the front entrance of the university. Source – My personal photos. 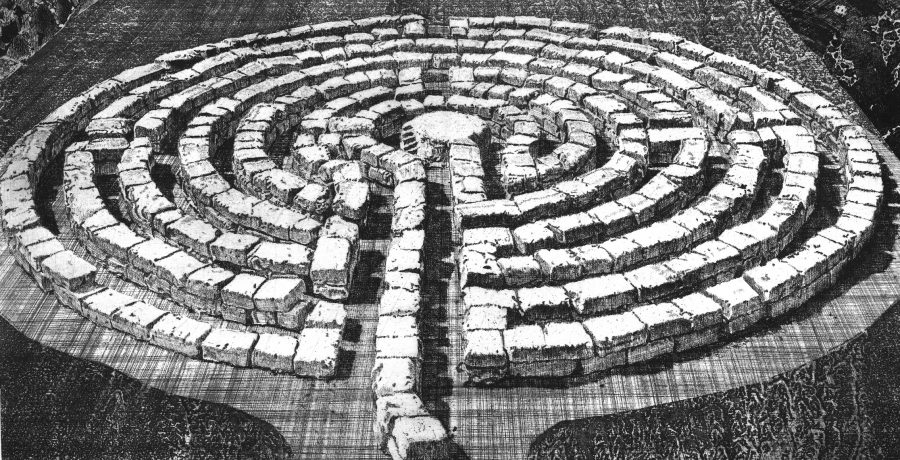 Author’s Note: I hope you enjoyed this choose-you-own-adventure Halloween story! I had a lot of fun working with Twine to create it. Hopefully you found a way to survive!

The rooms and monsters within the story come from different episodes I’ve read from throughout the semester.

The giant spider is based on Arachne, a Greek woman who was turned into a spider after challenging Athena to a weaving contest. Versions differ about whether or not Arachne won the competition, but the transformation was because of her hubris (pride) in challenging the gods. Thus, by flattering her, you can talk your way past the fearsome spider.

The flaming field of grass comes from the stories of the Japanese hero, Yamato. At one point, Yamato is stuck in a burning field, and he uses his sword to put out the flames. In my version, you can use the blanket from Arachne as a shield against the flames.

The monster in the forest is a Wendigo, which I learned about in a Crash course Mythology video about monsters. The Wendigo is a mythical monster from Native tribes in Canada. They are humans who have surrendered to their own wickedness and have become cannibal monsters. In some tribes, the transformation can be reversed with fire, which is seen as purifying.

Finally, the eye-stealer in the mansion comes from a Blackfoot story that I read last week about a man called Thunder, who steals eyes and displays them in his house. The only way to defeat him is with a raven’s medicine (or power) so you need to team up with a raven to get past him in my story.

The overarching concept is that of Daedalus’ Labyrinth, which is where the minotaur is kept in the story of Theseus.

Here’s some more information about Arachne.