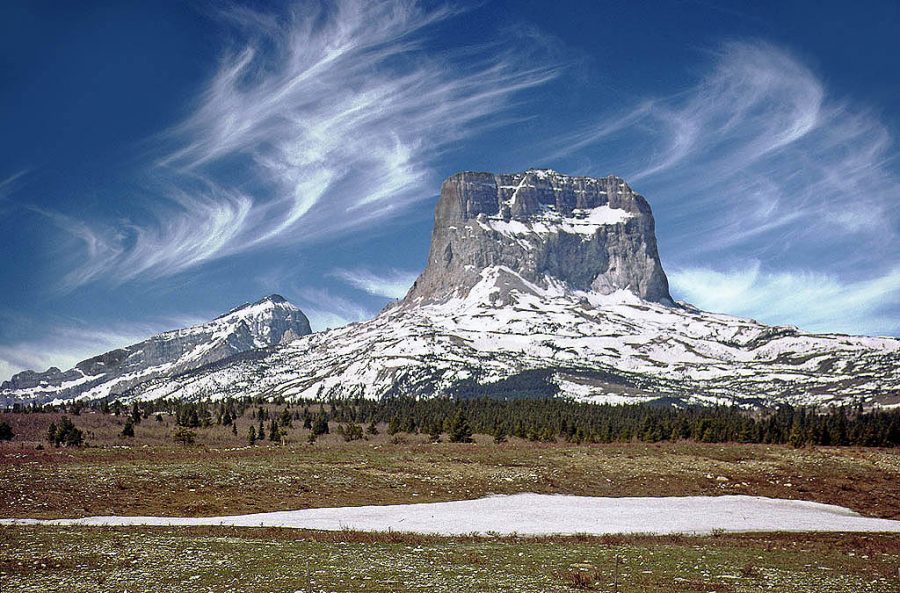 WHOA. This story starts really sexist and then has a total twist ending where the women make the men look like complete fools.

I hereby propose that we solve all our problems by turning the perpetrators into pine trees. There would be fewer annoying people AND more forests.

Judging from this and the previous story, Old Man is really foolish and kind of a jerk, especially when he kills all of the prairie dogs. It’s interesting that his persona is also tied to the Blackfeet creator god, which is usually a wise and benevolent character.

Kut-o-yis literally comes from the blood of a bison, which is one of the wildest origin stories I’ve ever heard.

Respecting and helping elders must be a strong value to the Blackfeet since Kut-o-yis is born to help the old people overcome their cruel son-in-law.

Bears, like wolves, are also some of my favorite animals. We saw a few of them this summer, and the general opinion was do NOT mess with bears. They’re no friendly, and they have been known to cause trouble with humans. Obviously that Blackfeet share that opinion of the bears, as in this story, they are stealing human food.

It’s interesting that in all of these stories, there is a tyrant who is taking food from the people. Many times it is animals. I guess that represents the struggle that the Blackfeet may have had with nature.

“Kut-o-yis’ was glad to know that there was such a person, and he went to the mountains.” This is Kut-o-yis’s response to finding out that there is someone who may be able to kill him. The man is obviously a folk hero character with great skills and benevolence, but maybe that response is a sign that he’s also reckless and a bit arrogant, which are common flaws of heroic characters.

“The ground was white as snow with the bones of those who had died. There were bodies with flesh on them; some who had died not long before and some who were still living.” More scary images that might inspire my Halloween story. I wonder if bones and skeletons hold a special significance to the Blackfeet people as they seem to be a common motif in the more gruesome stories.

Kut-o-yis wants to visit “all the people.” There are several small groups within the overarching Blackfeet Nation, and I wonder if this is alluding to them being separate but unified under one language and culture. Since they share language, it makes sense that they would also share mythologies and legends, so maybe Kut-o-yis is a common figure in each group’s folklore.

“Now, really, this was what Kut-o-yis’ was looking for. This was what he was doing in the world, trying to kill off all the bad things.” What a heroic guy!